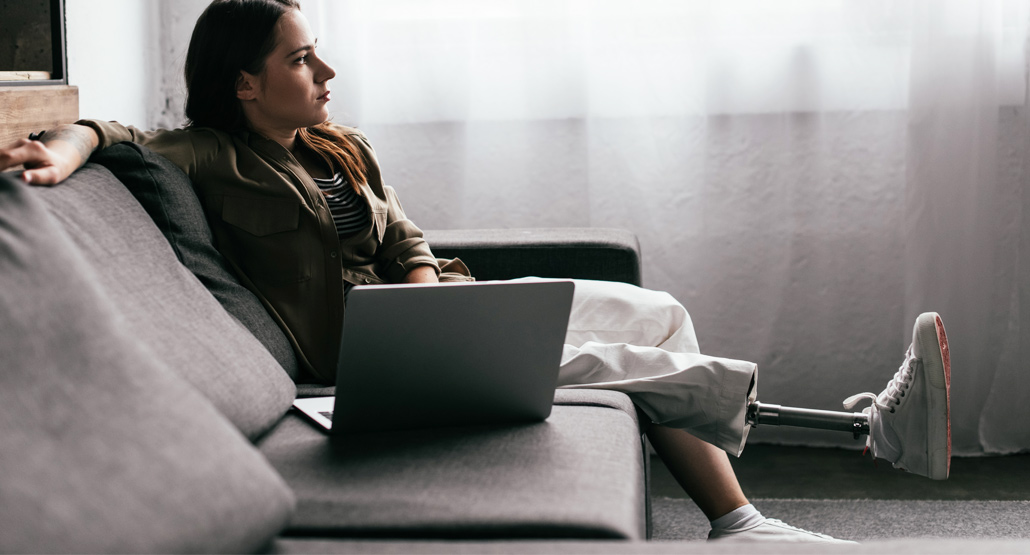 If you're an amputee, odds are that you're among the more than 80% of amputees who experience phantom sensations, including pain. While previously little could be done for phantom pain and discomfort, a new surgical technique has been shown to hold promise for long-term relief.

Phantom sensations occur in the limb that is no longer attached. Patients report a variety of feelings, including burning, shooting, stabbing, tingling, twisting, throbbing and crushing. The phantom limb typically feels shortened and cold.  While not all phantoms are painful, studies show the majority of patients with phantom symptoms do experience pain.

“Far more often than not, pain and phantoms go together,” says Dr. Gregory Dumanian, MD, a plastic and reconstructive surgeon with Northwestern University. He explains that phantom pain can occur in any part of the body where tissue has been lost. Phantom pain may even occur following a mastectomy, for example.

Phantoms are usually a lifelong condition. In general, phantom pain is usually most intense closer to the time from amputation and gradually lessens over decades.  Phantoms occur somewhat more frequently in women than men and are more common in amputations of the arm than leg. In general, the higher the amputation is on the body, the greater the chance for a phantom.

Although phantom pain is a very individual experience, it may significantly degrade the quality of life for the sufferer. In general, those who experience post-amputation pain may suffer from depression, decreased mobility, and become dependent on narcotics as they seek to relieve their discomfort.

The cause of phantoms is not fully understood. Numerous theories have been proposed over the years. Each theory was influenced by the understanding of chronic pain at that time. At one time, the cause was thought to be psychological. Today, phantoms are understood to result from a complex interaction between the central nervous system (brain and spine) and the peripheral nervous system (nerves throughout the rest of the body). It remains unclear why a significant percentage of amputees experience severe phantom pain while other patients with identical causes of limb loss have no phantoms.

Experts now agree that phantoms are the result of altered signals sent from injured peripheral nerves to the brain following limb loss. Amputation removes a source of sensory input to the brain, and the absent signal from the limb tells the brain something is wrong. In turn, the brain fills the sensory void by creating a phantom, which is uncomfortable and interpreted as painful.

Without a definitive root cause, phantoms can be challenging to treat.  A variety of therapies are available to treat phantom pain, including drug and non-drug therapies. Drugs used to treat phantom pain range from over-the-counter analgesics, such as acetaminophen and ibuprofen (Tylenol and Advil) to addictive opioid narcotics. Nerve stabilizers such as pregabalin (Lyrica) and gabapentin (Neurontin), anticonvulsants and even some antidepressants have also proved mildly beneficial in managing phantom pain for short periods of time.

Citing evidence from the literature, Dr. Dumanian says none of these therapies have been shown to work over the long term.1-3

According to Dr. Dumanian, phantom pain treatments have not been effective because they target the central nervous system. He believes the solution to resolving phantoms lies instead with the peripheral nervous system ― in the part of the body where the amputation has occurred.

Therapies that focus on the central nervous system tend to fail because “phantoms are not a CNS problem,” says Dr. Dumanian. He instead advocates healing the cut nerve ending so that it once again sends normal signals to the brain. He advocates a surgical treatment called Targeted Muscle Reinnervation (TMR) to heal the nerve and restore the missing signals to the brain.

Learn more about TMR and how it works.

TMR is not a treatment option for patients with spinal cord injuries, brachial plexus injuries, or who are generally not healthy enough for surgery. The procedure does present typical risks of surgery. Your physician will help you determine whether TMR is right for you.