What Type of Upper Extremity Pain Are You Experiencing? 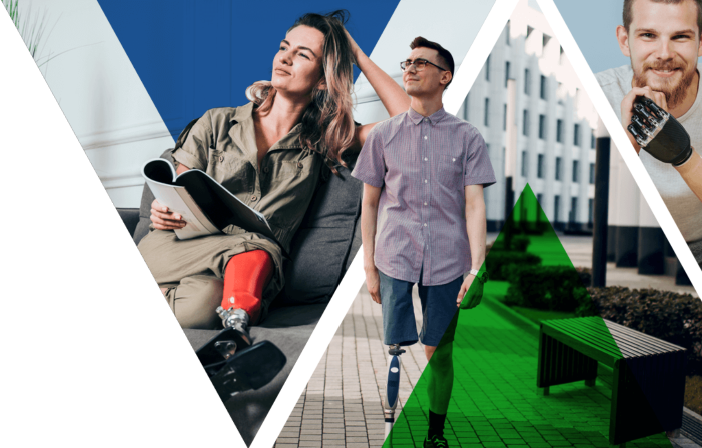 Neuroma and phantom limb pain following arm or hand amputation is quite common. These types of pain are commonly referred to as neuropathic (nerve) pain by healthcare professionals. The severed nerves no longer have a connection to muscles and skin and are the source of pain symptoms. Different from bone and muscle pain, known as somatic pain, nerve pain is less responsive to pain medication. As a result, nerve pain is more likely to become chronic (long lasting) and interfere with a patient’s happiness and daily living. 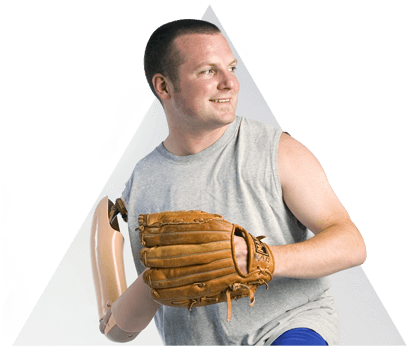 Phantom Pain in the Upper Extremity

Phantom sensations are perceived to occur in the arm or hand that is no longer attached. Upper limb amputees report a variety of feelings, including burning, shooting, stabbing, tingling, twisting, throbbing and crushing. The phantom arm typically feels shortened and cold.  The majority of upper limb amputees describe phantom symptoms that are at best annoying, or at worst are painful and not easily ignored.

Phantoms are usually a lifelong condition. In general, phantom pain is usually most intense closer to the time of amputation and gradually can lessen over decades.

Experts agree that phantoms are the result of altered signals sent from injured peripheral nerves to the brain following limb loss. Amputation removes a source of sensory input to the brain, and the absent signal from the limb tells the brain something is wrong. In turn, the brain fills the sensory void by creating a phantom, which is interpreted as painful.

Studies have also shown that phantom limb pain is worse in the upper limb than in the lower limb, worse with higher amputations, and bothersome more to women than to men.

A variety of therapies can help you manage the pain and discomfort from phantoms in the upper extremity, including a new surgical technique called Targeted Muscle Reinnervation (TMR).

Neuroma Pain in the Upper Extremity

When nerves in the arm or hand are cut, they undergo the natural phenomenon of trying to heal. But without a destination to connect to, nerve endings grow in a disorganized tangle of nerve tissue, known as a neuroma. About half of amputees experience pain from neuromas that are sensitive to pressure, touch or impact. Often when the area is bumped, the result is shooting or shocking pain in the path the nerve traveled prior to the injury.

A variety of therapies can help you manage post-amputation neuroma pain in the upper extremity, including a new surgical technique called Targeted Muscle Reinnervation (TMR).

Residual limb pain is a broad term that refers to pain in the remaining part of the amputated limb, also known as the stump. Pain in the residual arm or hand may be neuropathic (nerve-related) or musculoskeletal (soft tissue or bone) in origin.

A variety of therapies can help you manage residual limb pain in the upper extremity, including a new surgical technique called Targeted Muscle Reinnervation (TMR).

Other Sources of Post-Amputation Pain in the Upper Extremity

It's important to understand whether the source of your upper extremity pain is related to nerves or something else. If your post-amputation pain is nerve related, then a new surgical technique called Targeted Muscle Reinnervation (TMR) may help.